Fighting Back Against Civil-Forfeiture Abuse

Law-enforcement agencies are charged with keeping the public safe from criminals. All too often, though, they use their powers to take advantage of the people they are supposed to protect. One clear example of this is civil-forfeiture abuse in which law-enforcement agents take money and property from individuals without proving those people were doing anything illegal. According to some statistics, the federal government reaped in over $5 billion in civil forfeitures in 2014, and forfeiture revenue doubled in 14 states by 2013. Read More»

A motorcycle accident can have devastating physical and financial consequences. Unfortunately, it’s usually the motorcyclist who bears the brunt of the damage, simply because a motorcycle doesn’t protect its rider the way that a car does. Finding ways to avoid motorcycle accidents in the first place is far preferable to figuring out how to recover after the fact. As a motorcyclist, one of the biggest things that you can do to keep yourself safe is make sure that you’re visible on the road. Read More»

After the school year gets out, many teachers like to fill their time in the summer by taking temporary jobs. If you’ve been involved in a serious car accident injury, not only are you losing out on your traditional teaching income, but you’re also losing out on your ability to make the additional income through temporary jobs. If someone else is to blame for the car accident and your injuries, then you may decide to move forward with a settlement case. Read More»

Whether you were involved in a car accident or other serious incident, the trauma associated with it can often leave you struggling with the effects of post traumatic stress disorder. If you’ve been stricken with anxiety and fear or overwhelming difficulty moving on with your daily life after your injury, you may find that a personal injury attorney can help you pursue restitution through a personal injury lawsuit. Here are a few things that you should know about post traumatic stress disorder as it can relate to your personal injury. Read More»

Drones & Personal Injuries: 4 Factors That May Impact Your Case

As flying technology improves, so does the world of drones. Sales of drones are steadily increasing, creating air traffic all around the globe. While the miniature planes are fun to fly, they can also be the cause of a personal injury. If you have been injured by a drone, then an attorney can help you seek compensation for medical costs and emotional damages. As you are preparing a possible settlement, there are four factors that may directly impact your case. Read More» 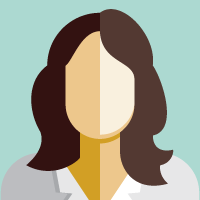